Are you depressed or anxious? Are you trying to quit smoking?

You’ve come to the right place

Don’t take our word for it: browse our community or register now to create your own free, personalized program.

A bit of a nerve

Thanks for the update Pete!

So glad to hear you are doing well. 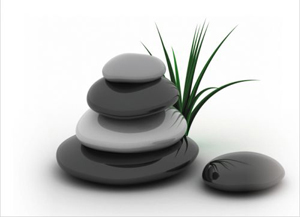 Hi Pete,
I am glad things are working with your therapist. It seems you are doing fine.
Keep the good work!

I'm just back for an update.
Things are still going well. I'm regularly seeing my therapist and working on some things, but I am feeling generally positive. We have a lot in common, he and I, and I'm getting a lot out of the sessions. We speak the same cultural language, he's honest and challenging : I'm so glad to have found a therapist whose non-doctrinaire approach really helps me.
Life is no bed of roses, as we all know, but I would say that I'm more resilient now and much less inclined to turn blame onto myself for the everyday ups and downs. I have a renewed apprecaiation for the good things in my life - my family, my home, music, and I barely ever look back to the days when I had trapped myself in that obsessive relationship with C. (as outlined below). That feels like a hundred years ago and a different Pete in a different world.
I feel more reconciled to my faults, and realise that I have strengths as well, and that the balance between the two is to be human.

Another progress update.
I have amazed myself with my resilience here. What my lady friend said to me when we parted ('I never liked you anyway') was vicious and cruel, fully intended to hurt me. So easily it could have set off my whole tiresome cycle of self-hatred, thoughts of worthlessness - the familiar bundle of internal wrangling. But it didn't. And I didn't even have to fight it.
Realising that the intention was to hurt and that such malice resided in someone I had idealised, after the initial shock I started to feel sorry for her as much as anything else. And thankful that a huge, draining emotional load has gone. I feel lighter, more free.
And I'm maybe reaching a point of liking myself.

Well, Ashley, I never thought I would say this, but I feel strong. It's been a fairly emotional few days, full of mixed feelings, but I haven't cracked, haven't wallowed or felt sorry for myself.
Who knows what the possibilities may be? I do feel life slowly opening up to me again, freed from the claustrophobia of what was, you are right, a toxic obsession (and now I do feel sorry for the poor lady who was the object of that - she didn't ask for it and I put her in a bad position).
I still have work to do with my therapist, but now I am looking skyward and to the future, which makes all the difference.
And thanks to you for reading my various moans and rants over the last couple of years.

Thank you very much for sharing this so honestly Pete. I had read from you for quite some time now and I'm so very, very proud of you for making this choice. It sounds like it was a sort of one sided obsession which is never in a true sense and usually very unhealthy.  It is completely normal to feel sad and at times you may even want to reconsider your choice but this choice will remove a lot of toxicity in your life.  Mourn the loss; give yourself time to heal as it sounds like this is a fresh "break up".  But hallaluya! this sounds like a brand new beginning on so many levels.

What are the possibilities from here?
Ashley, Health Educator

Well, to cut a long story short, it was a relationship that had lasted two years, a relationship outside of my family if you see what I mean. It began when I was pretty well at my lowest ebb, and I felt, and still do, that meeting the lady in question saved my life. However, as time went by I became increasingly obsessed with her. In my head she became my angel, my saviour, my goddess. We continued seeing each other, but I lacked the courage to tell her how I really felt, and I knew that, due to circumstances I can't go into here, that we would/could never actually be together.
Last week, I realised that this could not go on. It was exhausting, eating away at me, and as I said I was dwelling in a sort of fantasy land, thinking like a besotted teenager. The rest of my life felt like it was coming together again at last, and this had to end. So I told the other party that it was best, fairer on both of us, if we didn't meet any more, because I had fallen in love with her and it hurt me that we could never really be together. And it wasn't right to carry on seeing her casually whilst suppressing my feelings.
Her response? 'It doesn't matter if I don't see you any more, because I never liked you.'
At that moment, it felt like a kick in the gut. All my fond memories, all the illusions I had built, came tumbling down in a second.
But, you know, she did me a favour. I've learnt several lessons from this, and if we had parted on good terms I would have held on to my false image of her. As it is, she's shown herself to be hardhearted and petty, and not worthy of my affection.
Now, a few days later, I'm still saddened that it ended nastily, and still mourning, to an extent, the loss of this particular dream, but I know it was for the best. I can count my blessings, get on with life without the exhausting intensity of this relationship.

Wow, Pete this is amazing. I cannot believe the change. There is so much optimism here. I would say congratulations but that word doesn't seem to encapsulate what I want to get across!
I'm curious; how were you able to identify this relationship as unhealthy?  Many people have trouble determining this and once they do determine it have trouble letting go.  So also, how were you able to let go?