Quitting again! Anyone else? 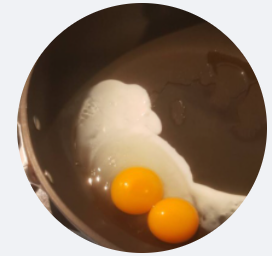 Bump up for new quitters worried about gaining weight. 🌞

Not One Puff Ever (NOPE)

Yes!
I would definitely agree that change is tough.

Interesting, thanks E!  I'm definitely going to try that this weekend! :)
It'll be a tough one this weekend with plenty of wine flowing, lots of patio swings in corners to curl up in by the ocean at my parent's place, and my brother puffing away.... I can't wait until he quits too, he's the hardest person to be around when I'm quit because I cherish the quiet "bonding" moments we had together when we'd sneak out for one - when we were teenagers being bad sneaking around our parents, up into our 30's!
Have a great weekend (and Thanksgiving for the Canadians..) :) 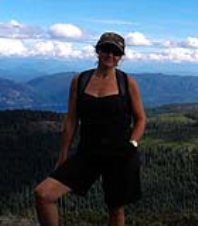 Your Welcome on the Epsom salt idea Dart - it has helped me.  Also, you can try adding 2 cups of Baking Soda to your bath water and immersing in it so you body is just covered with very warm, but not too hot H2O.  That helps to stabilize our body's acid/alkaline balance.  It has also worked well for me to shed excess fluid retention and even has a positive effect on digestion and taking away those little aches and pains we get in joints, etc.  It isn't expensive and certainly can't hurt anyone's body.  I find Baking Soda helps as well - or maybe even better than Epsom Salts at balancing my metabolism.

All very true points....  There is no way I would trade my quit for a few pounds now.  There's nothing attractive about smoking, and now I would just be 10 pounds heavier and still smoking if I went back to it.  Epsom salts bath worked great this weekend, I think I watched 2 hours of breaking bad in there - thaks for that, E.  Plus, you're right, K - the knowledge that I am doing kind things for my body and healing all the time really helps.  Feeling physically dumpy is sure to pass (my partner looked at me like I was crazy when I told him why I was feeling crappy; he hadn't noticed any weight gain, nevermind the "significant" gain like I felt I had).
This weekend help me get a little perspective...  of all things, there was a Marathon race running right outside my condo.  I was right in the middle of the route, which was very cool because I got to see all the runners start the race, and then to hit the finish line they have to run past my balcony the other way.  It was so inspiring to see both the uber-athletes, as well as those clawing the air and gasping - but still running!! - and finishing the race up to 5 hours and more after they began!  Amazing.  What a sense of accomplishment they must have felt!
It made me realize that I have to be patient, and keep plugging away.  Even those uber-athletes had to start out somewhere and work hard to be where they are, and the even the marathoner that came in last still gets to say they ran a marathon, just like the guy that came in first.  I thought that that would be a great goal/challenge to set for myself, and it would help pick me up out of the emo feeling sloggy doldrums. By this time next year I'll be writing that I finished my first marathon last weekend!!

You got this now Dart! I tend to agree with Ashley that a lot of the weight you are gaining is due to stress related water weight and bloat from possibly being backed up.  If you try a few prunes a day (3 is enough) along with a hot epsom salt bath and massage your digestion area while in the water, you may find yourself deflating a bit and realize you haven't gained as much as you think.  On the other hand, you are doing great!  Posting here can help get you through the 6 - 10 week doldrums (my own came and went for up to 3 months before feeling stable and keeping my weight steady).  Kristine you are also working out your cravings very well : )  And Workin' On It - I think your cool personality will win the attraction factor for anyone looking for some depth beyond the body type!  We are all doing well to stay smoke free!  That's the real bottom line (pun intended! lol)!

I am sorry you have to be dealing with this frustration. I can understand how it would be discouraging.  Know that a few pounds of weight gain is common while quitting smoking but I think you gaining 8 pounds in a week is unlikely. Much of that weight is likely water retension and due to constipation. Constipation is common while quitting too. Be sure to drink plenty of water and eat lots of fiber rich food. Exercise is also important

Working On It is right, even if you gained 50 pounds the health gains you have from quitting smoking will far outweigh any health loses you lose from gaining weight. In addition to this, soon you will be feeling much better with lots more energy. This new found energy can be channelled into exercise. Speaking strickly in terms of appearance

you will likely lose the weight and you will also will have nicer skin and hair - less wrinkles is alwaysa bonus!

Hey,
Jut a little public service reminder on the weight gain/ health issue: the weight that you gain (typically 5-10 lbs.) is not enough to undermine the overall health benefits of quitting smoking. Here is a link to an article on this. http://www.nih.gov/news/health/mar2013/nhlbi-13.htm  Plus, it only makes sense that a few pounds could hardly be worse that inhaling hundreds of toxic chemicals several times/ day.
My own experience supports this, as well. Since I've quit smoking, I have gained some pounds. (I keep losing track of how many pounds overall, since my weight fluctuates a lot depending on time of month, the seasons, my activity levels, etc. But my average seems to be about 5-10 lbs. higher than it was before.) Right now, I continue to eat whatever I want (as I pretty much have always done). The weight is no longer creeping up. It's stable. However, my blood pressure and cholesterol levels have dropped. In fact, the BP is in the same range as it was in my 20's, even after I cut my medication dose in half. I'm looking forward to my physical this year, as I'm hoping that the cholesterol levels will be down even further.
I think the more bothersome issue is the vanity/ attractiveness. Since I've always been on the heavy/ "thick" side, it is annoying to have even a few more pounds added on. For me, it's about male attraction. I've had to basically accept that some guys aren't going to be into someone who looks like I do...but there are still quite a few of them who are going to be. 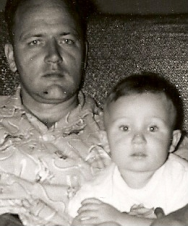 hello again Dart  I just got worn down I think at 6 weeks. I remember specifically that I finished working night shift for the week and instead of going to sleep I stayed awake ( which was a mistake ). Anyway I rationalised that I could buy a pack and just have one when I really needed one. The rest is history. By the time I went to sleep that night the pack was gone and my quit resolve was up in smoke. I didn't know about H.A.L.T. at that time or \I would have gone to sleep that morning and things would have been different I'm sure. Today I don't try to rationalise or justify anything in regard to smoking. I started a thread in the Dip & Chew section that you might want to read if you're feeling like you might smoke. There's a lot of info there that would take too long to type out. Excellent for us for not smoking today. breather 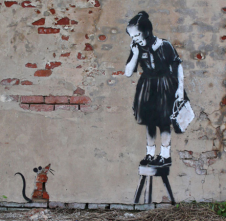 Boy do I know what you're talking about. This is sad to admit but I actually put off quitting for a long time because I was scared I'd gain weight. First of all, eight pounds is not that much -- have you ever lost eight pounds and been shocked that no one but you noticed? It's the same thing! I am sure no one around you has any idea. Plus, it'll be a hell of a lot easier to work that eight pounds off when smoking isn't interfering with you being able to exercise to your full potential.
In the meantime, maybe find a form of exercise you don't have to do outdoors for these winter months? I have really been getting a lot out of yoga lately. There is so much emphasis on breathing in it, so it gives me the chance to feel good about quitting, plus it's super relaxing -- I find that the hours after doing it are a guaranteed time when I don't think about smoking and those are still few and far between for me. For me at least, just doing something can make me feel better even if it's not actually having any impact in terms of my weight. When I get to feeling fat and I don't think there's anything I can do about it, so I just don't try, it just gets worse and worse and worse. I tend to do that a lot in the winters and I know I will really have to fight it this year.
All that being said, don't be so hard on yourself. What you're doing for your body is so wonderful and kind and you should be really proud. You'll have your whole life to be physically fit after this period of time, which will one day seem like it was really short. And we always scrutinize ourselves about our weight so much more than other people do.
I also just have to say that I really relate to your thing about people not supporting you as much anymore. It isn't that I expect the people in my life to exhibit sustained sympathy for something that has nothing to do with them, but it's just weird when everyone's like "Okay, you're a non-smoker now!" but I still feel like a smoker in every way except that I am not technically smoking. I guess it's nice that they have that image of me and I should be excited to grow into it. But it still sucks.