Don’t take our word for it: browse our communities or register now to create your own free, personalized program.

I think so...think I'll sleep on that, and work on core beliefs to get to the root of this.

Tim, Just curious, but are you disappointed in yourself because you are not accomplishing as much as you would like or think you should do. I ask this because it is a very common belief and the root of a lot of anxiety. It is also quite often subconscious.
Here for you,
Davit.

I wish there was more inside of me, I just feel overextended, and need rest from choosing a goal with too much challenge, but that comes with practise.

My challenge has always been, to find some activity which nurtures me, but isn’t too labour intensive.   Unfortunately guilt creeps into my choices, since I have to balance choices with caregiving.

Work and the early hours never allowed me to watch television(and i was too stressed to remember how to use the recorder), but I was in tears once I watched some of the “American Idol” contestants, since they are so gifted, and even the celebs were moved!

And after a decision to try something, is the challenge of the anxiety,....in another forum, which is asking my secret weapon, I usually try to call on a number of reframing thoughts.

Progressive relaxation, prayer, planning for the next day and restorative sleep is my plan for tonight.
Thanks for asking, since it's scary to look into cyberspace, since the outside world seems so scary sometimes, or I just can't, and I wonder...
Is anyone out there, with the scary followup questions about whether I exist, matter which get entwined(not with the expensive floss my dentists give me for "free") with questions of self-worth. 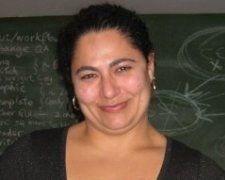 I'm almost new to the forum and trying to understand the way people use them.   I've had GAD since I was very small, and was "shy", but it really affected me during work, and even after an abrupt stop, when I had to leave, since I was used up, I guess.

Last month and a half, I underestimated a special interest activity, and am paying the price this week. Originally I just wished to connect with some people, but it was too intense, but sometimes you can’t predict what it’s like, when you’ve been holed up for a while, or just doing what needs to get done with the family.
Going to class was like walking up the highest, steepest, most weather-wild mountain, unable to sleep the next day, and unsettled for days, being emotionally and physically drained, and wracked with guilt, not sharing with anybody but a therapist.

A mountain is a perfect analogy, since  anxiety causes breathlessness, although I just blanked out and couldn’t process stuff during the last two classes.   We worked in pairs, and my partner helped me out.
I miss her, and it’s rare that I even talk to anyone, except myself.   And I think I’m getting tired of myself.

There was too much of a challenge, and need to scale down th goal, although, to be fair, I couldn’t measure the difficulty, and had already tried another similar two courses.

So I have “credits” at a school, after wrestling with the school computer records system.  Didn't get a charge out of the accomplishment though....just shame...something more to work on.

Back to the drawing board.
hugs4U 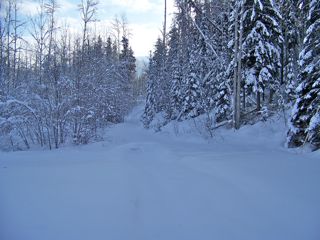 Hi everyone:  Yes, life is a journey.  Lots of ups and downs and I like the idea of recovery instead of cured.  Makes sense to me.  Thanks Davit for pointing it out and Debit for the lead-in explanation too.
Sunny

~m
I took this from a course that a friend took on recognizing mental conditions and diseases originally from Australia but relevant world wide. What a coincidence that what you said is exactly what it said as a lead up to the quote. I was going to add it but I am glad you did instead. It makes at least two of us that believe this to be true.
Here for you,
Davit 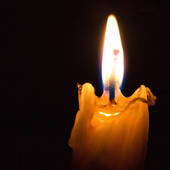 Excellent observation (that's not the word I want, but will have to suffice)...  I've been pondering Ashley's question about what have we learned this month and I would have to say THE MOST IMPORTANT thing I've learned is exactly that distinction between "being cured" and "being in recovery".  I just would add that the expectations of our performance in relation to both is extremely important.  Expecting to be cured allows so very little leeway for error or practice or compassion... and opens the door to disgust, despair, and defeat.  Expecting recovery acknowledges that it is a journey.  Some days progress is made.  Some days not.  Some days it's all just a huge backward slide.... if I can be patient and kind with myself and be a cheerleader instead of judge... wow!  What difference that makes in all corners of my life.
Yup, that is what I learned this month.  Thank you everyone for your support which helped get here and especially thank Davit for being instrumental in the process  and  then even explaining it so clearly.  Wow!

BTW, little miss has given up naps for now (this too shall pass) so I may not be on as much <sigh>

A quote from W.A. Anthony:
" Recovery is a way of living a satisfying,hopeful and contributing life even with the limitations caused by illness. Recovery involves the development of new meaning and purpose in one's life as one grows beyond the catastrophic effects of mental illness."
I found this interesting because it is more in tune with what we are trying to do rather than get cured. Anxiety will always be there in some small amount along with panic, these are normal reactions so what we really are trying to do is recover from the effects of panic attacks etc. to a more acceptable level since they will always be in the background. (memory) They just will have little or no power to effect us.
Cured to me puts the emphasis too much on it not happening again rather than being able to ignore it if it does. Since there is so much out there that causes anxiety and panic you want to be able to keep it from going into an attack.
If you are here because of panic attacks you are probably needing to recover from them. If you get cured in the process all the better. If like me all you get is freedom from them that too is good.
Mental conditions and mental diseases are a bigger problem than any other disease, twice that of Cancer and nine times more prevalent than Diabetes. There are a lot of people that need to recover so they can live healthy productive enjoyable lives.
Here for you,
Davit.
Ps I like the thought of recovery because it takes the time limit out of the equation. Take your time and recover. Just do it. With medication if you need it.