Are you depressed or anxious? Are you trying to quit smoking?

You’ve come to the right place

Don’t take our word for it: browse our community or register now to create your own free, personalized program.

That sounds really tough! Not sleeping is no fun at all. What did your doctor say about the sleep trouble? Is this something that should subside once your body grows accustom to Zoloft? How are you sleeping now?
I am hopeful that the medication will make your anxiety more manageable and then you will likely have access to more of your coping skills. Are you noticing any small changes in anxiety yet?
Ashley, Health Educator 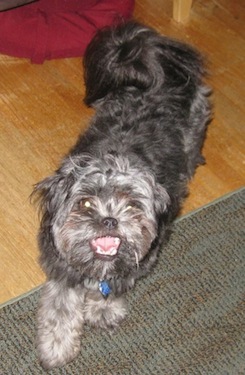 I am still struggling. I am so sick with anxiety. My panic is through the roof!
I don’t know how to cope with my life right now.
I recently started Zoloft and it was ok. Then my dr doubled the dose and I just don’t sleep. It’s horrible. So today I went back to 50mg because I am going to go crazy with lack of sleep.
Any help would be appreciated.
Kendra

Great to hear from you again Kendra!
I am sorry to hear about how you have been feeling. Please remember that set backs like these are common. Set backs are also common after or during a stressful life event. Everything you have learned previously is still there. What helped last time? Use that knowledge to help you now.
Sensitive, highly empathetic people often absorb the emotions of other people. This can be a real skill in working with people but it can also be very draining. It will be important for you to learn to distinguish between your emotions and another person's emotions. Mindfulness can help with this. Have you done any work with mindfulness in the past? How do you cope with difficult emotions when they arise?
Ashley, Health Educator

After many, many years and being panic attack free, I have been having panic attacks. At first I had no idea what they were, even though I used to have them! I thought it had something to do with a possible sinus infection or the fact that I had gone off a beta blocker.
I have been waking up at night in an absolute panic: Heart beating fast, dizziness, foggy vision, panic, anxious.
This has happened here and there, and oddly I find that my 16 year old wakes up around the same time with the same kind of symptoms. She has done that a few times. Strange coincidence.
So yesterday after missing a day of work due to what I thought was a sinus infection, I went to work. I was ok sitting in the staff room when some staff members started complaining and venting about some kids who are difficult in the school where we work. It's a serious situation and its stressful and frustrating. I found myself getting really anxious and then dizzy. I thought I was going to pass out.
I told my boss I had thought I was ok, but must still be sick, so I went home. I honestly thought I was sick.
I called my husband and cried all the way home as I drove.
He was the one who said I had a panic attack. I had no idea. He was completely right.
So now here I am facing another day at work. I am back on a beta blocker which worked previously and am on zoloft. I am a bit of a wreck. I have had 2 years of dealing with a family crisis and some new issues have popped up.
I have no idea how to figure out which stress is mine. I tend to almost mimic other peoples emotions. I pick up on them too well. When they are mad, I end up mad, sad etc.
I am sad that I am panicking again. It is strange how our brains can forget so much.
I am feeling overwhelmed. Everything is happening at once. I want a bit of calm. Oh ya.. also it is almost Christmas!
Kendra