why life is better

Depression and Anxiety due to Grief

I am very impressed with how you are facing all of this. I am glad you were able to have some release. The meditations sounds like it is helping? The fact that you already are seeing some sort of a difference is amazing.

I am very sorry that you feel you can no longer post due to privacy issues. We encourage people to use anonymous names ( like you did) so that others have a more difficult time identifying you. It's a real shame you still feel like this individual is invading your privacy. I think this would have been a helpful group otherwise. I think setting a boundary with this individual and asking them to not look would be totally understandable - but I can also see how this would discourage you from posting. I am glad you are still working on the program. If you ever feel like posting again - we will be here. I hope you are doing well. 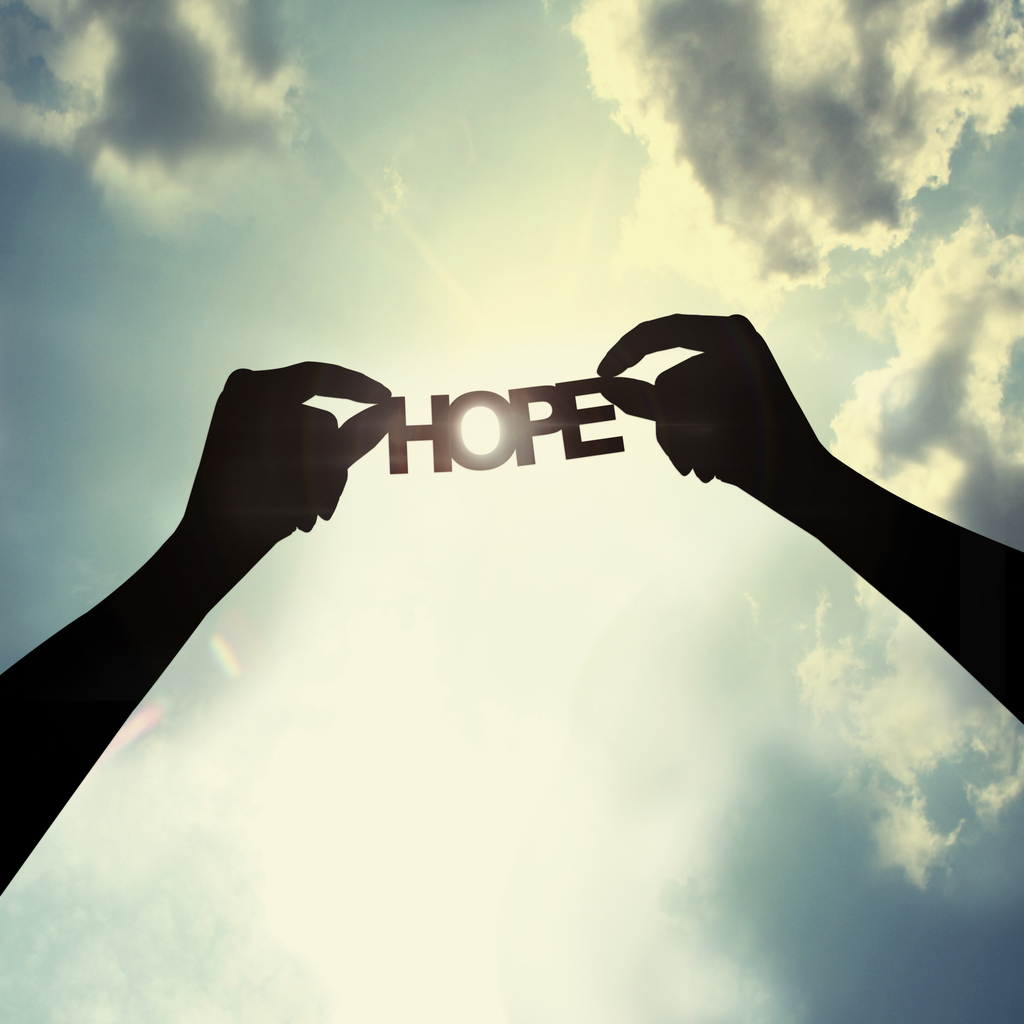 Yes ,I had done a few meditations now and every time I just end up with tears rolling down my face. I don't try to stop them like in the past. I just go with it as I know it needs to be released. Aside from being on here I have opened up to 2 friends about what is going on. It was hard to let them in but I'm glad I did. I think the more people I talk to, the better I'll feel getting things off my chest. It will be baby steps since I am a private person with emotional walls built so high and thick it will take a while to break them down..but i'm up to working on it.

As I am trying to work through my issues I still have a person reaching out to me for support and I don't have it in me to tell them no. She is my cousin. Her mom was my aunt that passed away. I talked with her the other day and after we were done I had a panic attack. That's when I did a meditation and basically wept like a baby. This is going to be a long process for me I feel because I never had time to deal with one thing before the next hit and so on. The good thing is I am reading a book about grief and usually crying when I do, but my grief is directed in the right direction instead of all over the place like before. I literally went to the fridge to get an apple two weeks ago, didn't have any, and stood with the door open having a melt down. I don't feel I'm in that place anymore but I know I am far from being where my 'normal' is.

Aside from just grief I have also found out 'family secrets' that have been playing on my mind. My doctor is shocked with the amount of stuff I have told him about what has been going on. I seen him at the beginning of Feb and again 3 weeks later and he said he is impressed with the approach I am taking and acknowledging the need help. I told him about starting the CBT on here and he said it sounds like a great tool. He has also prescribed me medication to 'take the edge off'. I plan on working through and doing the homework, talking and reading as much as possible. I am still on the fence as to sitting down and talking face to face with someone. I want to try doing the above things first and if I find I get to a point where I don't feel a difference or I hit a stale point then I will absolutely consider it but just not yet.

I have found out that someone is going to join just so that they can read ( be nosy) others issues. I have chosen to no longer write on the message boards due to this. I know this person and have opened up about my situation, but I tell them what I want, when I want, and at my own pace. I feel like if I open up on here I am being ' spied' on in some way and I don't like that. I feel like this is taking away from chatting with others and not the point of this at all. I will continue to do the program as I am finding it helpful but will not participate in conversations. It's unreal to me that a person would disrupt someone's help for their own pleasure and nosiness.

I am so sorry to read about your loses. There is a lot of grief on your plate right now - I think anyone would be struggling to release all of those emotions. It's a lot. I am so impressed with how much you have already accomplished. Getting started is often the hardest part. The gratitude journal and meditation are great ideas. What came up when you meditated this time?

You had mentioned that you think posting has helped - but it seems you feel you may need more of a release? Grieving certainly does require acceptance of some very tough emotions. Working through those thoughts and emotions can take time. How do you think you would like to work through them? Do you feel ready? How can you take care of yourself while you process these emotions? You mentioned you have always been the one to help others. Now its the time to use your compassion and insight to help yourself. You deserve to take care of yourself now.

You may also want to check out the More Help section. The 6th butterfly goes over grief and contains information you may find helpful.

Please post often. You do not have to go through this alone.

I started doing the steps and using the tools available to me on here. I also started a gratitude journal and did a meditation for the first time in months. It's a start. Just being able to share my story and getting it off my chest felt like a little bit of relief. I'm up for putting in the work as I want to feel better and be able to move forward with the tools for the future. Thanks for sharing your story and offering advice, best of luck on your journey as well. 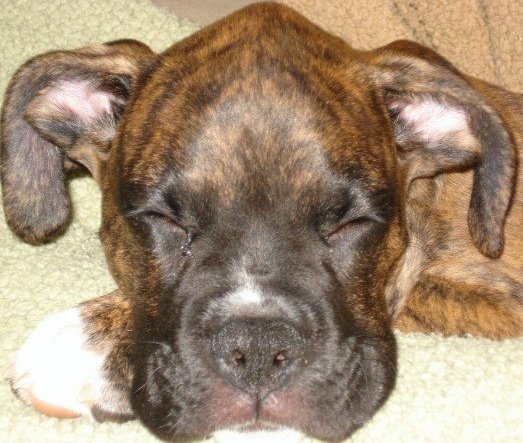 I can totally relate to what you are going through. I lost my grandmother almost 2 years ago and we were very close. I lost my grandfather about 20 years ago and I was close to him as well. When he passed I took on a role of “the rock” for everyone else and did not take the time to grieve or share my grief.

Just before my grandmother died our family sold the cottage that we gathered at for all our lives. It was where I spent summers as a child and I spent a lot of time there as an adult with my grandmother. When it was sold I felt that I was losing my childhood and then my grandmother died about a month later. I lost her and the place I felt most connected to her.

I let all this grief build up and not deal with any of it. Then right before this past holiday my elderly dog started to have health issues. The thought of that and the reaction my wife was having to it really made me emotionally unstable. That was when I finally admitted that I haven’t greived these things in a healthy way and it caused my anxiety issues to overwhelm me. I soon when into a depressive place I have never been to.

I put the work in with cognitive behavioural therapy and doing all the right things. I kept a healthy sleeping habit, I did meditations, I practiced being mindful, I saw a councillor, and I shared my grief with my wife and sister. I haven’t ever cried so much in my life. But when things started to stabilize I was able to start enjoying life again. I believe if you put the work in and do the right things you too could feel better. You need to find your new “normal” and learn the things that work for you.

I wish you all the luck in your journey.

I have been diagnosed with Major Depressive Disorder and Anxiety due to traumatic events. In the last 6 months I have lost 2 grandparents and an Aunt. My Aunt and I were close and I was extremely close with my Gramma. She was like a mother figure to me. My Grampa passed away in June, my Aunt 5 days later and my Gramma at Christmas. I have always been the person that everyone else comes and talks to as a support system. I am always very strong and try to find the positive in things. I let my emotions out for the most part, then keep moving but for some reason this has taken its toll on me. I can't sleep, I cry uncontrollably, I have no desire to do anything, I don't want to be around anyone..I just want to be left alone to hibernate basically and I have had a couple anxiety attacks. I know I need to talk about it and I am open to talking but I just don't really know how. As I have mentioned I was always the one helping never the reverse. When my dad passed away years ago I felt the same way and turned to partying and alcohol to numb everything and I don't think I have truly dealt with that to this day...24 years later. I am not willing to go down that road again. I use to meditate on a regular basis but now I am afraid to for whatever reason ( I can't figure that out) maybe afraid to let everything come to the surface?! I come from a family that when things like this are brought up you must be just looking for attention, to smarten up and get over it. I am looking for tools to help me release what needs to come out so I can be myself again and get out an enjoy the things I like and go back to being the person I was, and how to cope in the future.