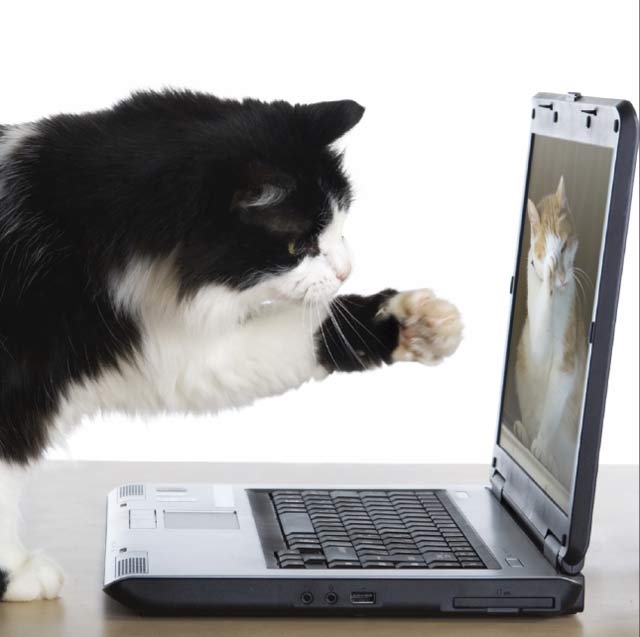 I'm new to this group so I thought I should introduce myself and situation but honestly have no idea where to begin with this. I'm 33 years old and married. I dealt with panic attacks and anxiety for many, many years. It started when I was 14. I was in and out of the hospital and on medication. I had gone to doctors for this before and nothing had helped. Because of my issues with anxiety and panic attacks I was forced to quit school when I was 16. I ended up going through a special program got myself into college for some classes and obtained a GED. But I still feel like a loser because I couldn't find the strength to get past the school pressures, harassing and torment that students gave me to obtain a h.s. diploma. The school never seemed to understand but when I got to college it was a whole different environment. Then after 2 years of college I hit bottom again. I couldn't deal with the stress. I ended up going back on medications and got the help from a psychiatrist who said I was borderline maniac depressive. I had way more lows, then had times of highs. Basically, I have some kind of chemical imbalance and without further testing I couldn't get a real diagnosis. Which of course, my insurance won't cover.

Now to tell why I've decided to try to help myself and be a part of this group...

This just happened in the last 2 months. Husband was having major issues with his daughter. She wanted to be more independent. She is still a high school student but taking college level classes. She decides to tell us through text message that she is moving out. Comes here takes all her stuff that is portable out. Leaves for 2 months. Doesn't bother to keep in contact with us. Mail is still coming here from her school etc. Find out she is failing some classes and not doing what she is suppose to do. So we have the whole talk about how to be responsible etc... Then after the holidays (once again without consulting us) she comes here to stay for 2 days. Behold... she comes with a van and moves all her stuff back in. So I'm standing here looking like a complete idiot because I don't know what's going on... So once again we sit down with her and have the whole being responsible talk again.
THEN...
This is what did it... I had a full panic attack, heart pounding, felt like I was going to throw up etc. on New Years Eve. We let mail pile up for a couple days. Got busy, said oh well. Then hubby opens a bill from a hospital. Stepdaughter went to the ER the beginning of December and never even bothered to mention anything about it. Turns out she went there with the parents of the friend she was staying with at the time. No one said anything. So here we are with a $500+ ER bill and no way to pay for it. We are having HUGE financial problems and this just topped it. We are probably going to have to go bankrupt and lose either our house or vehicle because if we don't pay this bill it will be turned over to collections. So on New Years Eve instead of ringing it in with hopes of a great 2011, I'm sitting here wishing that I had a whole different life because I'm tired of living in this one.

Thank you all for your responses.

I found out today that our insurance is worse then we first assumed. We are responsible to pay the first $1,500 of any medicals bills that are deemed unnecessary by our insurance. I guess when my husband signed up to this plan through work he failed to read everything. This is a load of crap really. It would be better for me not to have any insurance and just go on over to the free health clinic.

As for my stepdaughter she is finally home from her trip that she took over the holiday. And she is acting like nothing is wrong or happened. It might be selfish of me but I feel as if I am owed an apologize for all the trouble she has caused in the last 2 months. But of course that is too much to ask. And here my husband is apologizing to her all the time.
As for family counseling... I have been asking my husband and I to do this with her for over 5 years. It starts an argument every time I suggest it. He does not want to be told what to do from a professional. And when I suggest that I at least go see one he takes the offensive. Well, I just mentioned it to him again because I told him either I seek out someone else to talk to that is not him or I will just admit myself into the mental hospital where people will talk to me. Because I have no outlet and that is not health.
Today, I will try to keep my mind off this stuff. Not sure how well that is going to work though. I was up half the night with frustration and worry.
Take care everyone and I will try to do the same.

Too many issues at once!

I've had a huge set back. I was actually doing very well with the program at first. I thought I would just put this program on idle for awhile and try to handle the stress and anxiety alone. Well, that has not worked at all.

My husband and I are in financial hardships. We are losing our house. This has been putting a pressure on our relationship. We have been trying to communicate and deal with it as best we can. Talking to each other, and communicating our feelings about the situation. I'm under a huge amount of stress and my panic attacks are now waking me up in my sleep. If the lack of sleep was not enough I know have large amounts of anxiety due to other issues in the house.

The other major issue, besides financial problems, is my stepdaughter. She decided she was going to move out for 3 months and not consult her dad about this. Well, my husband let her without confronting her or asking why. Basically, she wanted to move out and live with her friend & parents. As far as we knew she was doing her homework etc. Well, we found out not too long ago, after she moved back home (once again without consulting us), this was not the case. She decided that she was not going to complete high school. A little background, is that she had a chance to complete high school and college (2-yr degree) at the same time. Now this was her choice. She was not pressured into this. She decided it on her own. Now she decides that it is all our faults that she is not graduating high school because we pressured her into this. Wrong!
This has started a whole issue about her trying to turn my husband against me. And how she has a delusion that I'm trying to turn her dad against her. So this has put huge pressure on my relationship with my husband. My stepdaughter has been caught in numerous lies involving hubby, me and her real mother and her stepfather. Some lies were even posted on a public blog of yours and I found it on accident!
I have been the bigger person and apologized for anything that I might have said or did that caused an issue, but have yet to get an apologize from her. Her dad keeps asking her when she is going to apologize and she keeps using every excuse not to. Everything from I look mad to, I said something to her that hurt her feelings to a whole bunch of other reasons. I have not done anything to her or said anything. In fact, last night was the first time in about 2 weeks we had a conversation that was more then 2 sentences.
It's an emotional mess that I have been trying to keep myself out of. But I keep getting told I'm saying things I have not said, or putting things across in a way that I have not done. Or bringing up past stuff that I have not! I'm tired of being put in the middle of something that is clearly not my fault.
Not only is this giving me panic attacks, but now I'm not sleeping at night, and my appetite is a roller coaster. First I'm starving then I'm not hungry. And the other day I've started crying spells for no reason. I simply don't know what to do anymore.
I refuse to apologize again. There is too much kitchen sinking and counterpunching going on. All my stepdaughter wants to talk about when I confront her is her mother or what her father does. She is not addressing her issue with me at all. She is dancing around the whole topic. I'm the one with anxiety issues and I don't feel like confronting her again and asking what the beef is, is going to be counterproductive in my healing.
What can I do to fix this or help fix this? Or is there something I can do to make things better? My husband feels I'm not doing enough. Frankly, I'm walking on egg shells in my own house and just want June to come fast so she will move out to live with her "real" mom and this issue will be over. I'm terrible with confrontations and it only causes me to have the even more anxiety!

Too many issues at once!

I also need to clarify that the blog was her public blog. She connected this blog somewhere I could find it. It was easy to find so it was not like she was hiding the fact that she thinks I'm a horrible person. She has made my self-esteem go down the drain. I know in my heart that I have done nothing like she described. I basically have no respect left for her and for her to come across and tell others flat out lies about me I find unacceptable. And yet I'm the one who apologized to her and she did not apologize to me bad. Somehow I feel like I've done all I can in this situation. If there is anything else I'm missing or something I can do better please I'm open to suggestions. I'm trying to work things out in a way that it is not going to effect my anxiety anymore. Thanks!