Don’t take our word for it: browse our communities or register now to create your own free, personalized program.

My Favourite Story About Exiting the "Panic Cycle"

I’ll try to interpret it for you, filling in the blanks.  Let us know if it helps.

I abbreviated the story, so that’s why it’s hard to understand, and I’m not good at explaining, because I skip steps, and take things for granted.

Monks usually live a mundane life, making shortbread or cheese or rewriting biblical texts, cloistered somewhere away from society, to give the story some context. One of the monks felt that it was inappropriate for his brother monk to aid a woman, particularly a beautiful woman, so the casual interaction for that monk, was almost like a sexual overture, since monks don’t interact with society at all, let alone beautiful women. Being actually in physical contact emphasized the taboo relationship.

The upset monk kept that negative feeling, for the rest of the day, stewing and ruminating, and finally disclosed his feelings to the monk who helped the woman.

When the helpful monk stated to his angry brother that he had only picked up and dropped off the woman, I think he was making an analogy to how much control we have over focusing our thoughts. We have so much control, suggests the sports psychologist, that it’s like having a television converter, with different channels corresponding to channels or streams of thoughts. I think the theory is that we are our own worst enemies, choosing to focus on what is negative, and that negativity can spiral into a panic cycle leaving us debilitated and drained of energy.

The angry monk might have been fantaszing about the woman, and continued to be preoccupied about the woman, while the helpful monk just gave the woman some help, and forgot about it. The disturbed monk kept the tv converter, to use that analogy, on an unproductive thought process. The tranquil monk forgot about the interaction and continued his serenity for the day. The happier monk changed the channel from interacting to a woman to walking, being aware of his surroundings,communing with nature.

To me, this reminds me of how obsessive I can be, and how I have the choice in focusing on the present or obsessing about something for hours, days or longer.

If you’re not obsessive, it might not be easy to understand.

Don’t feel silly. I never got the jokes for years in the New Yorker magazines in doctors offices for many years. Now my “Ferrari” brain with “Chevrolet” brakes thinks it can actually write a caption to the prestigious magazine contest cartoon!
MaryLouise, is that better?
8 years ago 0 +0 / -0 MaryLouise 26

hi there
I feel silly but I don't get the story about the two monks, there is tooo much symbolism. Please explain to me
MaryLouise

It's been hard this morning to wake up grumpy, since I realize how accountable I am.
Increasingly, I am realizing how much I am responsible for my actions.  Stories like the one with the monks below, or the analogy in another thread to our minds like tv's and our ability to choose channels(which are like streams of constructive or non-constructive thoughts) are keeping me more focused.
At least until I get my hands on some chocolate

Hi Carmie,
Isn't the "trick" though, to trick ourselves into what's best for us

Within that statement is an admission that we have flaws, and that's okay...who doesn't 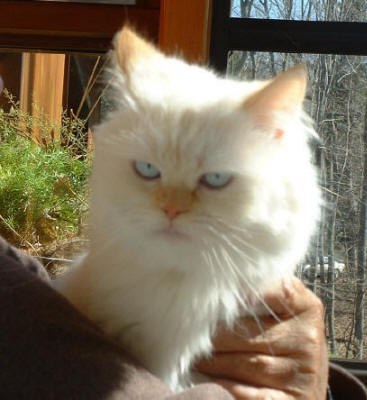 Wonderful story and so true Hugs.  It's funny how we trick ourselves into thinking otherwise, but I so often do!

Saul Miller wrote a book called "Performing Under Pressure" about sports psychology, and he has a great story.
Two monks were walking through town, and they see a beautiful Japanese woman in a kimono at the edge of a muddy river crossing.  One monk takes her on his shoulder and walks her across.
The two monks spend the rest of their day walking until there is a conflict, when the helpful monk asks the other monk why's he's so disturbed, and continually glaring at him.  The second monk reveals that he is disapproving of the helpful monks aid to the maiden crossing the muddy river.
"Sure I'm upset....Back there in town this moring, full view of everyone, you picked up a beautiful maiden and carried her across the street.  We're monks.  We're not supposed to have anything to do with beautiful women; certainly not  carry them around in public."
The first monk listened, took a breath, then replied, "I picked her up and put her down.  You've been carrying her all day".
Sports psychologist Saul Miller then describes how the mind is like a tv set.  When we obsess about something, it's like watching tv and having the converter in our hand.
If you don't like the program, change the channel.
You control the switch